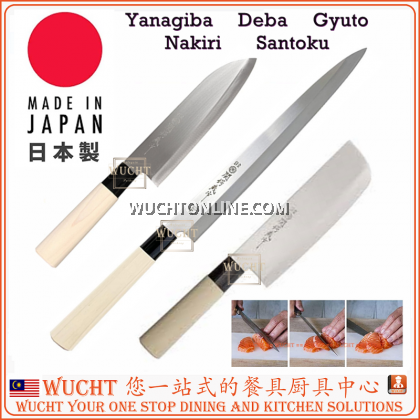 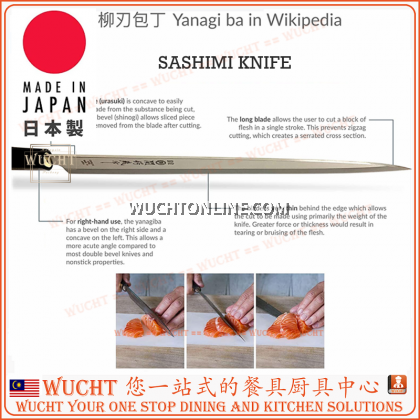 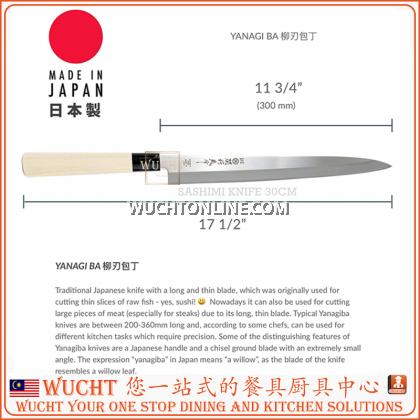 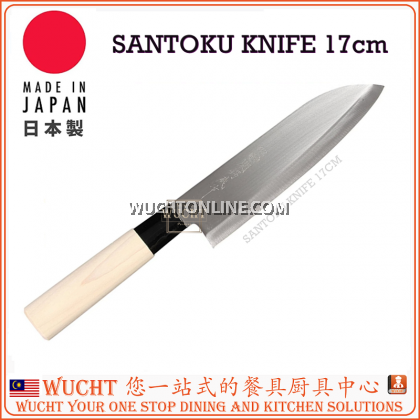 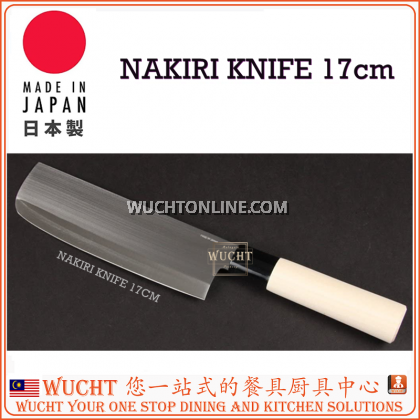 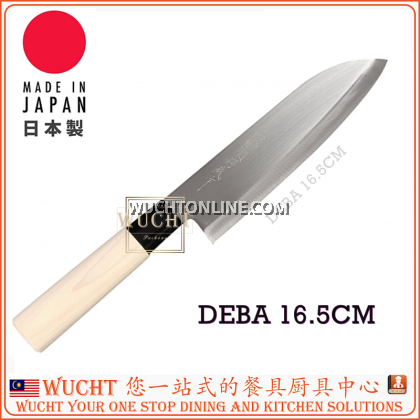 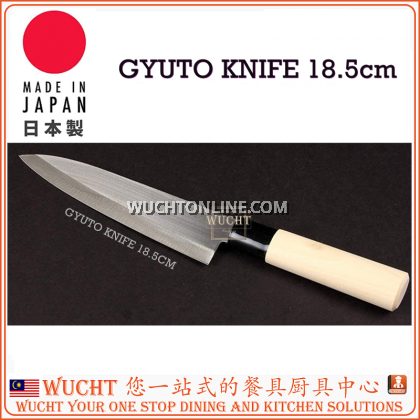 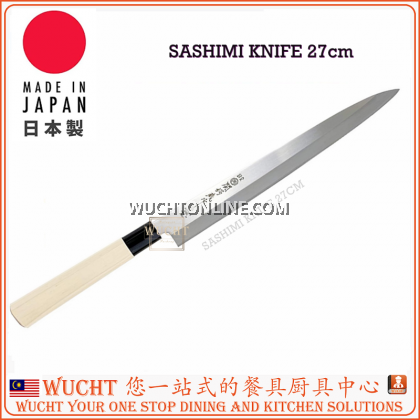 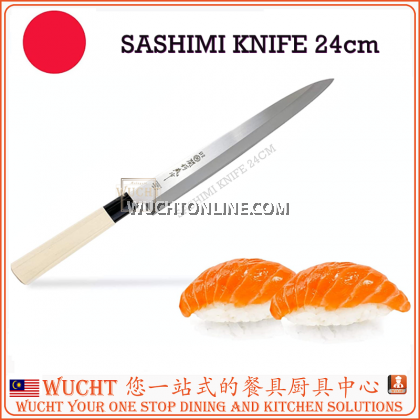 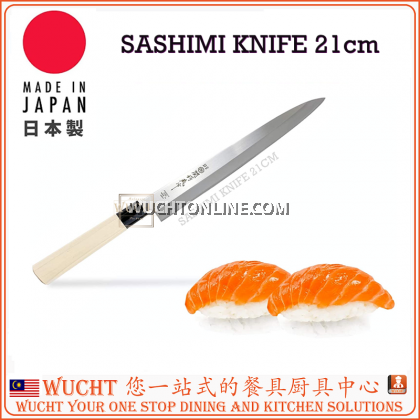 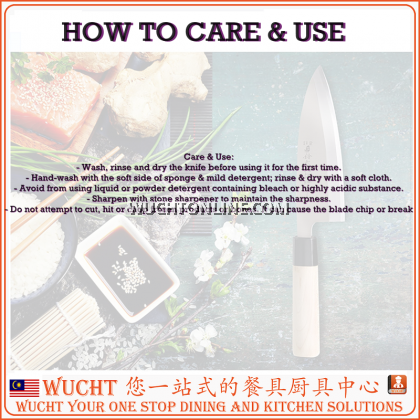 Santoku, literally mean “three virtues” or “three purposes” is a Japanese general-purpose kitchen knife. Much like a western chef knife they are versatile and applicable to variety of cutting tasks. The named is name because abilities to use for dicing, mincing and slicing for boneless meat, fish and vegetables.

Gyuto literally means “beef sword”, it originally designed for slicing and disjointing large cuts of meat. The Japanese version of the classic western style chef knife as a versatile, multi-purpose knife for cutting the vast majority of meats, fish, vegetable and fruits.

Nakiri is namely a traditional Japanese vegetable knife. It has unique and single single-sided blade design. It also one of the best tools to slice and chop for difficult cut veggie such as daikon and butternut squash. The deep and flat blade make them perfectly shredding large veggie like cabbage or lettuce. Keenly sharp edge can cut very thin slices, its prefect if you like to add ribbons of vegetable as a garnish.

Deba Knife is the Japanese version of filleting knife. It can be same size as Santoku Knife, but it’s more curved. They are perfect for fillet fish or removing meat from bone. The heft of the knife allows it to cut through the head and bones of a fish, and the smaller pointed tip fillet the flesh from the bones. The Deba Knife can be used for chicken and meat as well but not recommended for cutting through large bones.

Yanagiba or Sashimi Knife is a knife that designed to slice thin slices of fish for sushi and sashimi. The long blade knife is ability to slice through an ingredient in long uninterrupted strokes. Preserving its integrity and freshness. This knife is perfect to cut salmon, tuna fillet into sashimi for on nigari.

What's in the box